The hosts gave a really special gift to fans who came to the World Cup 2022 opening game. The largest football competition got underway on Sunday with Ecuador defeating host nation Qatar 2-0.

The South Americans began Group A with a victory thanks to Enner Valencia’s double. Despite having a capacity of just 60,000, the stadium announcer at the Al Bayt Stadium reported a staggering 67,000 spectators for the opening match. 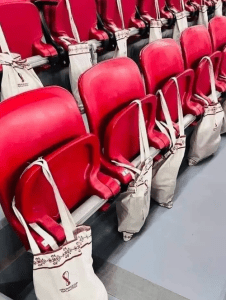 Those who did attend the game, however, received a small souvenir from the event, which contained some scent. The goody bag, which included a football, bottle, flags, and pin badge, was documented on Twitter by one supporter who actually there.

“Qatar has committed to make the 2022 FIFA World Cup one to remember,” they wrote with the images. For instance, each seat in the Al Bait Stadium received a gift bag for the opening match between Qatar and Ecuador, which included a bottle of oud (perfume). 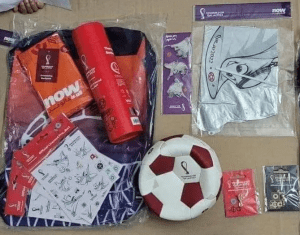 Another person posted a picture of the bag on the seat just before the game began and wrote in the caption: “In this Fifa World Cup, Qatar will leave an eternal imprint.

“Those lucky spectators who managed to secure tickets for Sunday’s opening ceremony match between Ecuador and Qatar at Al-Bayt Stadium There was a bag of presents on each seat in the stadium”.

The home team was down 2-0 in the first game, and there was a significant fan exodus during halftime. Huge gaps in the stadium without spectators started to appear; one source estimated that over 10,000 people had left. 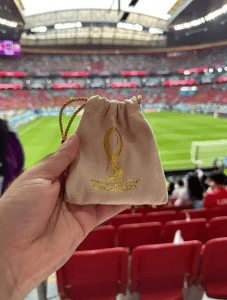 Before the game began, the stadium was the scene of a magnificent opening ceremony featuring Morgan Freeman and BTS singer Jung Kook.