The Netherlands-Argentina Qatar 2022 quarter-final is likely to be remembered for a long time and not just for what happened on the pitch. In fact, the match had a fiery final, where the two teams meet on several occasions and with several protagonists.

The sparks Van Gaal-Messi were only the fuse because then followed the provocative celebration of the Argentines after the victory after the penalty shootout.

All of them turned their faces and mocking expressions towards the defeated in the Netherlands. After the match, Messi turned directly to Van Gaal, who was surprised. It took the intervention of legend Davids to calm him down. But it wasn’t the only fight actually…

Furthermore, Denzel Dumfries’ reddest exception should be noted: the defender of Inter and Holland was punished twice by the referee Antonio Mateu Lahoz in the space of a few moments. Finally, the Spanish referee was criticized by both sides and played a rather complicated game, completing it with the record of a World Cup with 17 yellow cards and as a result one red (Dumfries) shared between the two teams. .

But there is another moment after the match. The goalkeeper Emiliano Martinez also seems revolted with the bench of the Netherlands and the coach Van Gaal, as he reminds them that even 8 years ago they were eliminated with a penalty and this was the second time. “You fucked me twice, twice. You bitch!” shouts the Argentinian goalkeeper…

Louis Van Gaal, the coach of the Netherlands, speaks after the defeat and consequent elimination in the quarter-finals of Qatar 2022 on penalties to Argentina. He told NOS: “At the end of the game the players said something to each other in a circle but I couldn’t make out what it was. We found ourselves 2-0 down after a penalty which in my eyes is questionable .

“Then we equalized but we weren’t successful on penalties… I’ve always said it though, you can’t simulate or predict them”. Was the penalty awarded for Dumfries’ foul on Acuna meaningless? “I want to see it again. . I didn’t like the referee, even though we didn’t lose because of him. We played well, unfortunately for me it’s the second World Cup where I’ve been eliminated on penalties after Brazil 2014.”

As reported on the official Albiceleste Twitter profile, Argentina coach Lionel Scaloni commented on the victory over the Netherlands that gave them the semi-final of the World Cup in Qatar:

“This team has the spirit to face every moment. From my point of view we didn’t deserve to go to penalties, but even getting there the team continued to show their face.

We had the game under control, but football has this even when you think everything is over, the opposite happens. This team has freshness and pride. It is essential to never give up. We always think to attack, no matter what the opponents offer. 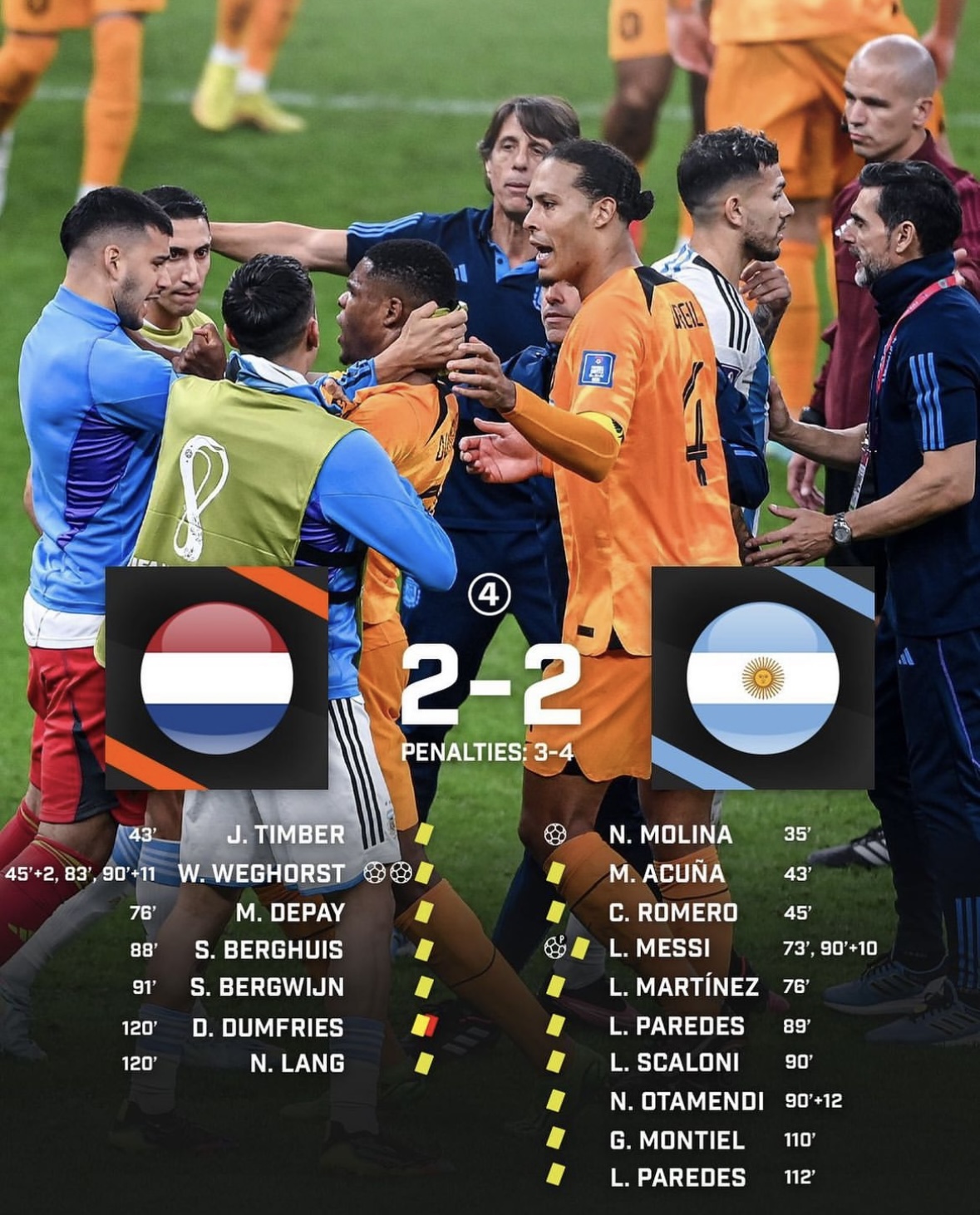 “The game was difficult, especially in the second half. However, we are satisfied. We knew that in extra time, playing football, we could have changed the result. We have shown so many champions of character in this World Cup.

“This team shows the different aspects that the game requires at all times. In the penalty shootout I had a lot of players who wanted to hit. This is very good for the group. We knew Emiliano could expect some of them.”